Getting Back to the Basics in Journalism: Lessons from the Sinclair Group Debacle

If you currently work or have ever worked in the field of mass communications, you've probably heard more in the past month about Sinclair than in your lifetime (if you'd even heard of them at all).

Deadspin's video mashup of local anchors at Sinclair affiliates from across the U.S. reciting the same script parroting the current Administration's attacks on "fake news" in media sparked a major backlash. Like so many others, I watched, slack-jawed and incredulous, and even teared up when I saw one of my first mentors - a highly-respected female news director — online, reciting the now-infamous words.

Adding to the outrage is the prospect of Sinclair's major acquisition of the Windy City-based Tribune Media.

That being said, let's take a few minutes to deconstruct the ethical train wreck that is Sinclair. 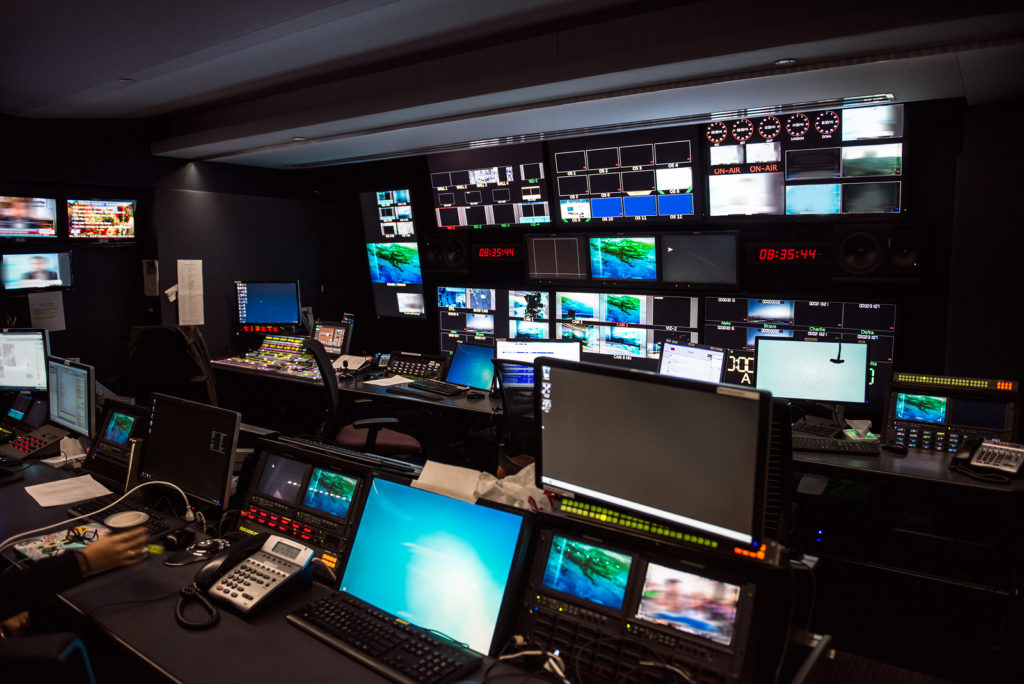 In the Interest of Fairness

Most freshman classes in News 101 teach us that above all, reporting should be A., fair and B., impartial. This creed of working journalists went out the window with the 60-second promo edict from Sinclair executives — putting partisan language into the mouths of trusted news anchors to preserve what appears to be personal interests of corporate executives.

Sinclair stations include local affiliates of ABC, CBS, FOX, NBC, Univision and other networks, and reach nearly 40 percent of American households - essentially doing the limbo, just under limits set by the Federal Communications Commission to prevent monopoly control of media. Pundits and talk show hosts, lambasted the spots as "manipulative" and "Orwellian." Then, our own President Trump entered the ring on Twitter, championing Sinclair, disparaging its critics and calling CNN, NBC, ABC and CBS "the most dishonest groups of people" with a "sick and biased AGENDA."

It went from bad to worse. Anchors posted their frustration on social media and gave anonymous interviews explaining they couldn't resign because the penalty for breaking contracts was simply too high. And to think folks had to sign a contract with a Sinclair station when they were making a mere $14,000 a year…wow).

Sinclair defended the promos as non-partisan and its chairman was outraged, calling the criticism "nonsense." The company even went so far as to pull a $25,000 donation to the National Press Photographers Association after that group attacked the messages. Deans at more than one dozen university journalism programs signed a letter to Sinclair, protesting that the powers-that-be were undermining the public's confidence in local newscasters.

The ethical bugaboos with the Sinclair Group's promo abound; here is a summary of low-lights:

This smacks of currying favor with the Commander-in-Chief and his supporters and amplifies his attacks on any news critical of him. "Unfortunately, some members of the national news media are using their platforms to push their own personal bias and agenda. … This is extremely dangerous to our democracy." If those scripted words ring a bell, it's because they follow one of Donald Trump's top talking points. In 2016, "fake news" referred to misinformation. Indignant at the suggestion that fake news helped him win, Trump reappropriated the term and defined it to mean any coverage he dislikes, even if it's factual.

Duh — an ethical no-brainer. News anchors and reporters are there to deliver the facts; when they inject opinion, they compromise trust as impartial experts. In all fairness (!), cable news has confused this issue and regularly use partisans both as news readers and analysts without clearly labeling shows as opinions and not news.

Sinclair has expanded its holdings three-fold since 2010 to become the largest owner of TV stations in America. With the Tribune acquisition, it seeks Administration approval to buy dozens more stations that would transmit Sinclair's messages to more than 70 percent of U.S. homes - nearly twice the FCC limit as of last year. The FCC inspector general has initiated an investigation into whether the agency's chairman improperly pushed for changes to benefit the company. The deal has stalled at the Justice Department because of antitrust concerns about unfair competition and undue influence by a single company over advertising rates and licensing deals with cable and satellite companies.

The company insists the spots were "journalistic responsibility messages" absent of political intentions, but that claim is undermined by campaign finance data showing contributions by Sinclair's political action committee (PAC). Owners and executives have favored Republicans for more than 20 years. News industry codes of ethics and newsrooms typically forbid journalists from contributing to candidates, parties, or political causes because of the perception (which, as you learn in if enrolled in a mass communication degree, political communication degree, or journalism degree is reality). This pattern of "must-run" content created at the corporate level and forced on local stations flies in the face of FCC requirements that broadcasters "serve the needs and interests of the communities to which they are licensed."

The Age of Relevancy

We live in the age of relevancy, where a local newscaster's reputation as a reliable source of news in relation to their communities is their most valuable asset. This assertion rests on the premise that anchors are fair and motivated to deliver accurate local news. The Sinclair Group's mandated content contradicts the principles of independent, balanced local journalism. The powers-that-be have effectively undermined their stations’ credibility for financial and political gains, and threaten the very underpinnings of democracy in our society.

Modern Journalism: What You Need To Know To Keep Up In Today’s World

Today's journalism is a far cry from what it used to be. In the past, you received the majority of your news and information from your local newspaper published every morning. If you didn't get it there, you watched the evening news after dinner. Add in a few national newspapers,…

Why You Should Master The Art of Storytelling

Humans have been telling stories for as long as anyone can remember. In fact, stories…

Communication disorders affect nearly 1 in 10 people, and almost 6 million children have a…

Historically, Americans have had a record of obsession with fads promising to help us preserve…

Growing up in pre-internet America, there were really only two ways to find out what…

Who’s Sorry Now? 5 Things to Say Instead of Apologizing

Unfortunately, even those with advanced degrees in communications are often guilty of saying "I'm sorry"…