Growing up in pre-internet America, there were really only two ways to find out what was going on in the world.

Most homes in the neighborhood received the newspaper daily. Tossed at the door by a bike-riding paperboy and read by mom and dad over their morning coffee and toast, the paper contained all the news of the day. If it was printed in the paper it was trusted, the reader resting assured that a reporter, writer, and editor had done their homework and checked their facts before sending it to the presses.

Then there was the evening news. On TV's across the country, viewers could pick one of only three channels and watch the evening news at dinnertime, delivered to them by trusted anchormen like Walter Cronkite or Tom Brokaw. They delivered just the facts, an unbiased, factual delivery of the day's news that could be trusted.

Well, those days are over.

The number of Americans who read the newspaper is on the decline, and has been for years. Likewise fewer people get their news from the traditional nightly news programs that were once the pride of the big three networks.

The internet changed everything. Computers at our desk and devices in our hands now provide us with all the news we need, anytime we want it. We can catch up on the day's events over a coffee break, on the commute home, or while falling asleep, all with the simple push of a button or tap of a screen. No need to don a bathrobe and slippers to retrieve a soggy newspaper or wait until 6:30 PM for our favorite anchor to go live. 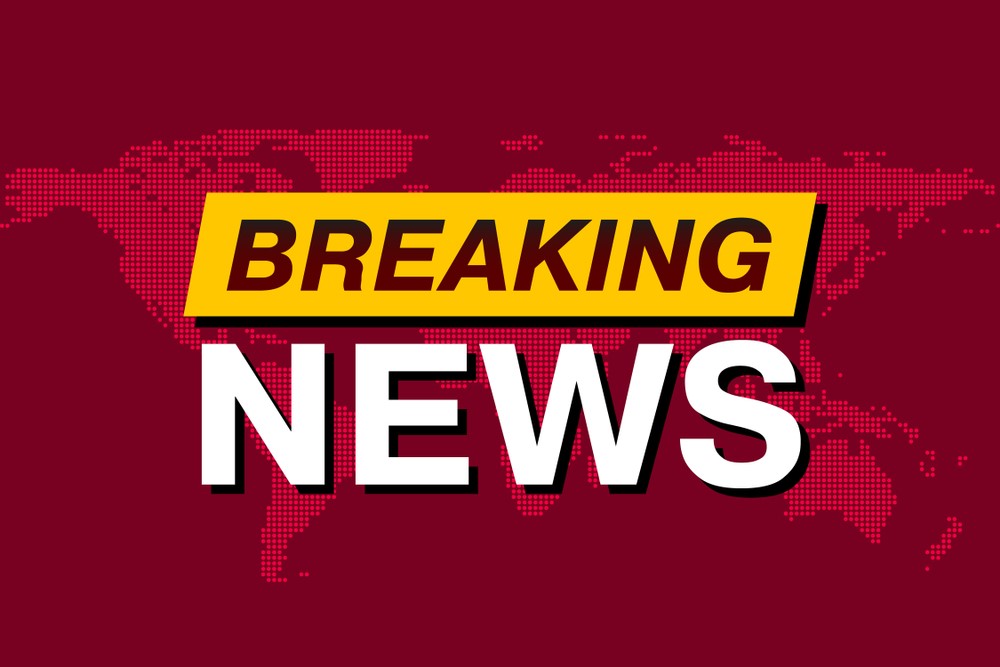 While the internet and our constant access to it has made obtaining the days' news more convenient than ever, it comes with a big risk. Gone are the days of trusting that a reporter, writer, and editor had checked the facts, presenting you with news you could trust. Links on social media and other sites may look and sound trustworthy, legitimate, and believable, but are they?

Fake news is everywhere. We hear the phrase daily, from the White House on down. But where does it come from? How does it work? And is it really fake? Americans want to stay informed and learn about what's going on in the world from reliable sources, but can anyone be trusted anymore?

Let's take a deep dive into the world of fake news so you can learn to identify it when you see it.

What is Fake News?

Fake news is simply stories, reports, or posts that are purposely created by people desiring to misinform and mislead readers. Their goal is often to promote a political agenda, create confusion about an issue, and even to turn a profit for an online business.

Fake news reports are often highly deceptive, deliberately created to look like a legitimate news source and web address so that gullible readers will be duped. Not to be confused with the urban legends we grew up with, or even biased reporting, fake news is designed to mislead and deceive.

It's so easy to do, and we fall for it hook, line and sinker. Because we no longer rely on those trusted news sources but instead look to the internet, we can easily fall prey to fake news, even compounding the problem by spreading it ourselves! 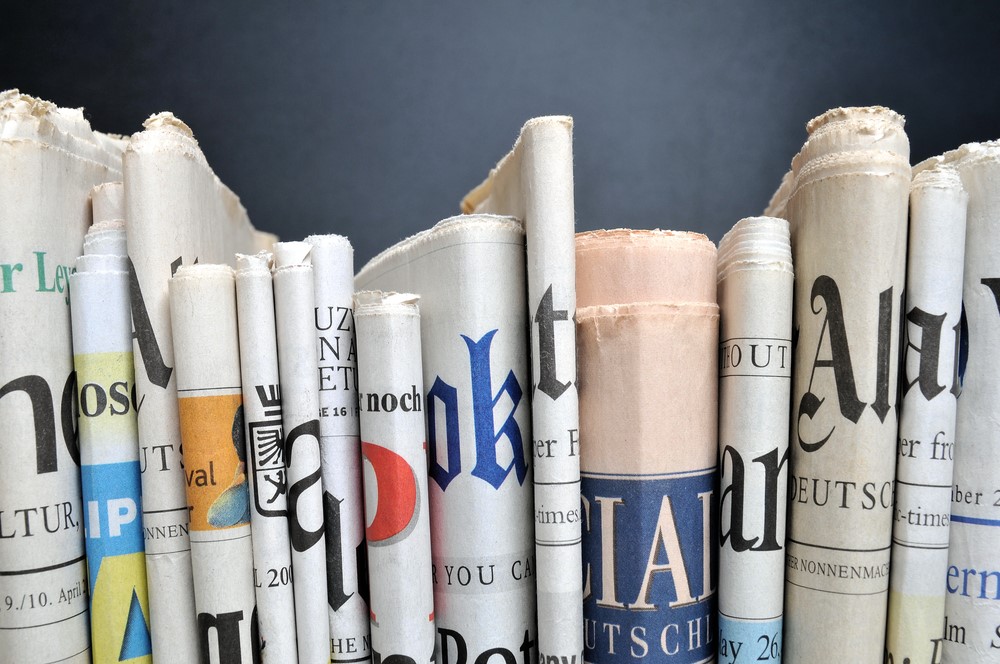 There are several different kinds of fake news on the internet. Readers should beware of all of them. They include:

It's so easy to be fooled by these types of fake news stories. Even legitimate news agencies can be duped. 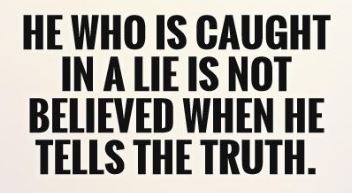 Just recently, The Washington Post ran a story referring to the Green Day song "American Idiot" claiming it was written about President George W. Bush; the song is really about the American people being duped by the media. The only problem is they were citing a website called clickhole.com, a satirical website. The story was fake, designed to go viral and increase revenue. The Post was forced to make an embarrassing retraction, and wipe the egg from its face. You see this done countless times in the days of President Trump. CNN has especially been hit hard by the term “fake news”.

What if what we're unknowingly reading and sharing is fake news? If it seems like fake news is shared more readily than legitimate stories, it's because it's true.

While we'd like to think that it's Russian operatives, corrupt politicians, or even digital robots spreading fake news stories, a recent, groundbreaking study by MIT proved that the culprit is actually us.

Why is this happening? Not surprisingly, fake news stories are more novel, interesting, and provocative than real news. They evoke emotion, and often uphold our biases and beliefs, making us more inclined to share them.

A recent study proved that readers exposed to a fake news story multiple times believed it over time. It seems we are growing immune to it the more we are exposed to it.

How to Spot Fake News

You know it's out there, but how can you identify it and keep from getting duped? Here are some things to consider: 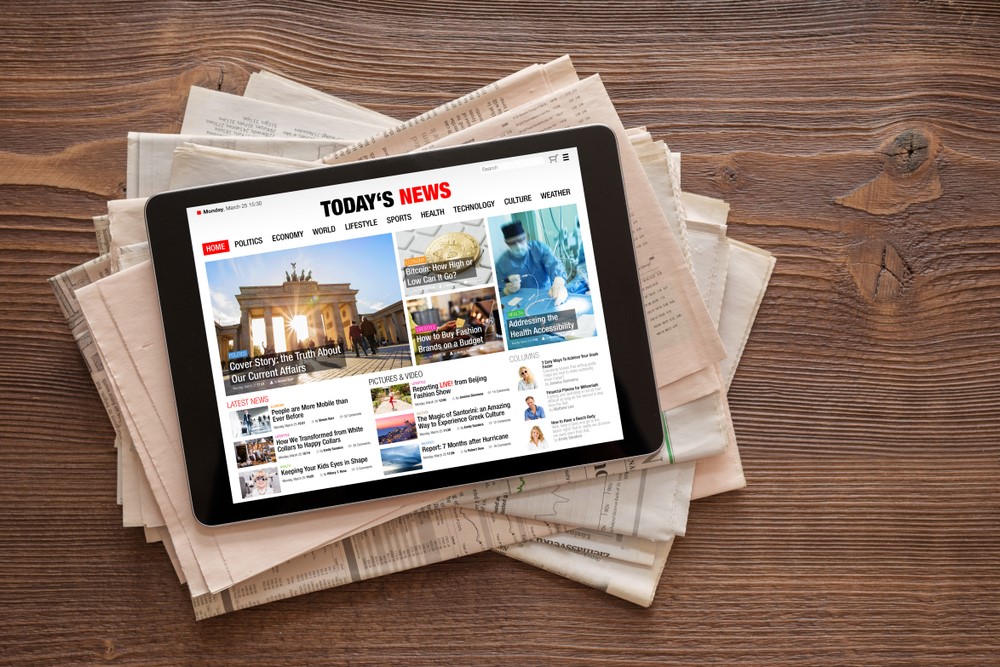 Google and Facebook have both recently announced measures designed to quell the spread of fake news. Other internet giants and news organizations are following suit with new flagging tools and reporting protocols.

While these steps are important, stopping fake news in its tracks will depend mostly on the average reader using critical thinking skills and common sense. It is especially important for people to fact check an article before sharing it. While this may not solve the problem overnight, it will certainly keep from adding to it.

Fake news is everywhere. Learn to spot it and stop it in its tracks.

A master's degree in communication opens the door to a variety of career possibilities across many different industries, including business administration, traditional media such as newspapers, radio and television, digital media, marketing, public relations, advertising and government and public affairs. With such a wide range of job options after graduation,…

Can You Hear Me Now? Hearing Loss and It’s Effects On Communication

Communication disorders affect nearly 1 in 10 people, and almost 6 million children have a…

Why Communications Pros Should Have a Seat at the Executive Table

If you are a communications professional, and you have the ear of the CEO, consider…