Empathy: What It Is, Why It Matters, and How You Can Improve 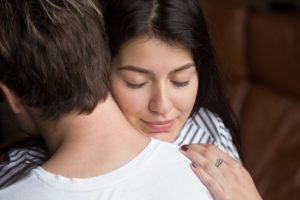 Empathy is a word that is used often by many people. It's commonly known that empathy is a good thing to have, but it isn't always a priority in people's lives.

Did you know that 98% of people have the ability to empathize with others? The few exceptions are psychopaths, narcissists, and sociopaths which are people who are unable to understand or relate to other people's feelings and emotions.

While a large majority of the population is capable of empathy, sometimes the practice of it is limited. But what is empathy, and why is it important?

Can empathy be developed, or are we born with a certain amount? Are some people just naturally better at empathizing? Is it really as important as some people say it is to practice empathy? 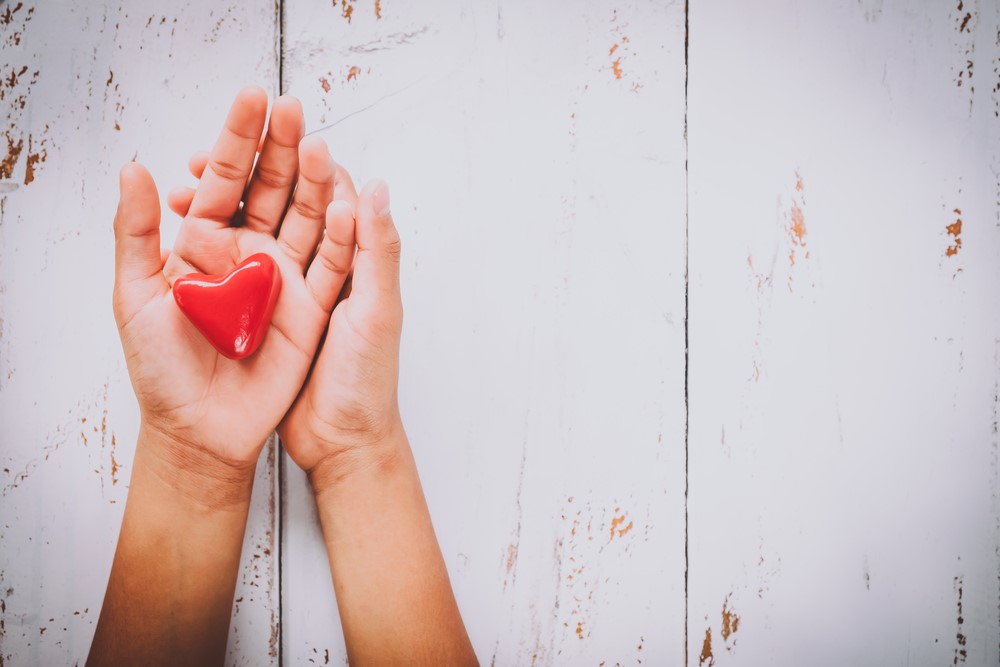 Many famous people have talked about the importance of understanding and empathy.

Maya Angelou once said, "I think we all have empathy. We may not have enough courage to display it."

Albert Einstein said, "Peace cannot be kept by force; it can only be achieved by understanding."

Former President Barack Obama has said, "The biggest deficit that we have in our society and in the world right now is an empathy deficit. We are in great need of people being able to stand in somebody else’s shoes and see the world through their eyes."

At the memorial service for the five police officers who lost their lives in Dallas in 2016, former President George W. Bush said, "At our best, we practice empathy, imagining ourselves in the lives and circumstances of others. This is the bridge across our nation's deepest divisions."

In an attempt to define what empathy is, people have created different categories of empathy. According to psychologists Daniel Goleman and Paul Ekman, there are three types of empathy: cognitive, emotional, and compassionate.

RELATED: How to Become a Better Communicator

Why is Empathy Important? 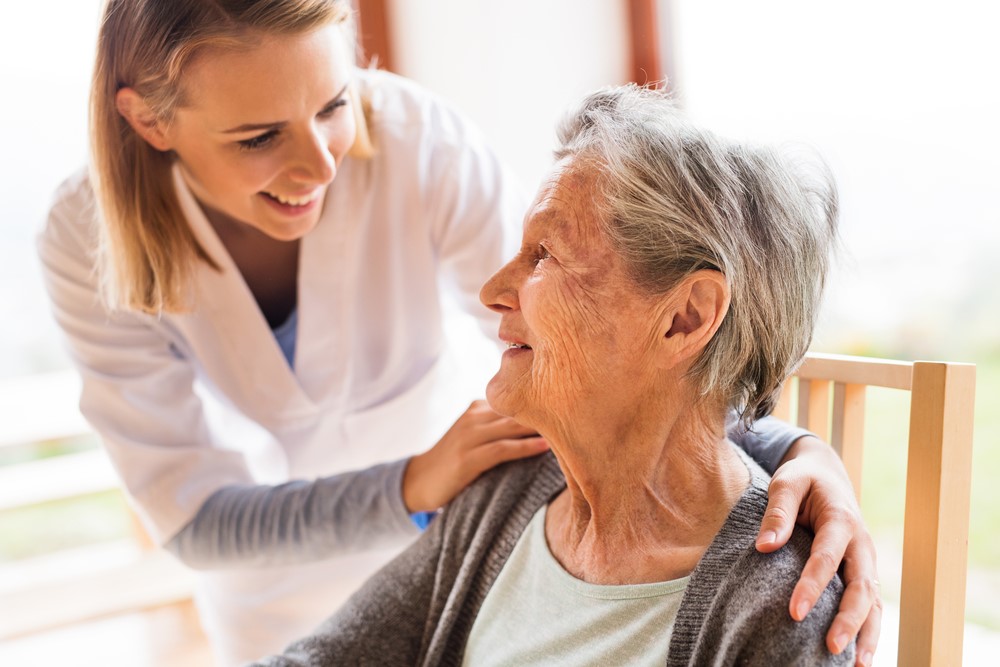 Empathy is important in almost every aspect of daily life. It allows us to have compassion for others, relate to friends, loved ones, co-workers, and strangers, and it has a large benefit impact on the world.

How does empathy help in a person's personal life?

If one spouse in a marriage forgoes seeing things from the other's perspective, they will likely have marital issues. No two people are ever going to think exactly alike, and no two people are going to have the same experiences. Both people in a relationship bring their own ideas, life experiences, and struggles. Without taking the time to try to relate to one another's feelings and perspectives, people in relationships will likely feel unloved and uncared for.

In what was is empathy important in the workplace?

For many people, a workplace is a place for teamwork. For things that require a group effort, it's extremely important to take the time to relate to co-workers. Even if people are not specifically working on one project, it is still important to get along with fellow workers. Using empathy is a vital part of a smooth working relationship. Without it, it's much easier to fall into disputes and disagreements.

It is also highly important for management to use empathy. Bosses who lack empathy are likely to subject their employees to unfair practices. Managers who are without empathy may push employees to work beyond what is healthy and reasonable or may be unduly harsh when an employee makes a mistake.

Higher amounts empathy in the workplace have been linked to increased performance, increased sales, and better leadership abilities.

How does empathy impact the world?

Empathy from a global perspective is infinitely important, especially when it leads to compassion. This type of empathy pushes people to dive in and help when there are major disasters. People are willing to help out others that they have never met because they know that they too would need help if things were reversed.

Without compassionate empathy, the world would be a much darker and less functional place to live.

Are People Born With Empathy or Can It Be Taught?

While there is some evidence that the ability to empathize is traced to genetic predisposition, it's also true that empathy is a skill that can be increased or decreased.

One of the most effective ways for someone to become empathic is for them to be trained as children. Empathy is a part of education known as "emotional intelligence." Teaching children to think of the way that other people feel is a good way of helping them develop empathy.

This line of thought can also be used for positive things. For example, sharing is an important part of a young child's education. Children are often taught to share because they like it when others share with them. It's easy to teach children to treat others with kindness because they too would like to be treated kindly.

How to Improve Your Level of Empathy

While it is easier to train a person from childhood to be empathic, it is also possible for adults to increase their levels of empathy. Below are some ways that will help improve a person's empathy.

Believe it or not, reading fiction can actually increase your empathy. New studies show that when people read fiction, their brains really feel like they're entering a new world. For example, researchers from the University of Buffalo studied participants who had read Twilight and Harry Potter. What they discovered is that people self-identified as vampires and wizards respectively.

The reason this discovery matters is because it shows that people are able to identify with people and groups that are actually outside of themselves. To put this into a non-fantasy application, it shows that people can relate to people who live lives that are entirely different than their own. For example, people from the United States could read a book about a person in China and learn to identify with someone on the other side of the planet.

In an article about this study, The Guardian writes, "In fiction…we are able to understand characters’ actions from their interior point of view, by entering into their situations and minds, rather than the more exterior view of them that we usually have." In other words, where we would ordinarily not have access to another person's thoughts, literature gives us a window into the inner thinkings of other people.

RELATED: Master the Art of Storytelling

Listening to others is a very good way of developing empathy. When we take the time to listen to the things that other people are telling us it is an easy way of understanding how they think and feel.

Listening is best achieved when we set aside our own thoughts and opinions and carefully think about what another person is saying. We can also do a better job of listening when we set aside distractions like cell phones or tablets. When we give our undivided attention to others we will make them feel like they are cared for and it gives us an opportunity to truly understand their point of view.

Attempt to Understand People with Differing Opinions and Beliefs

For many, it is much easier to identify with people who are in our "in-group." In other words, it's far easier to trust or understand people who we think are like us. This type of thinking can be inhibiting in a diverse workplace, or it may suppress compassionate empathy for those outside of our own communities.

To challenge this type of thinking, it's important to take the time to understand people who are different. To expand empathy, a person might have to challenge pre-conceived notions and biases and consider another person's point of view.

This can also be achieved be people widening their circle and becoming friends with people they might not ordinarily spend time with. They may be surprised to find that they have more in common than they first believed, and it is even more likely that they will broaden their ability for empathy.

Who’s Sorry Now? 5 Things to Say Instead of Apologizing

Unfortunately, even those with advanced degrees in communications are often guilty of saying "I'm sorry" repeatedly in their personal and professional interactions. Examples abound: apologizing profusely when it takes a few hours to answer a text or email; offering up a hasty mea culpa when you accidentally bump someone in…

Speaking The Unspoken: How The Wordless Art of Body Language Can Make You A Master of Communication

Are you a good communicator? Clear speaker? Is your grasp of the English language better…

Stress is something that happens to almost every person from time to time. It is…